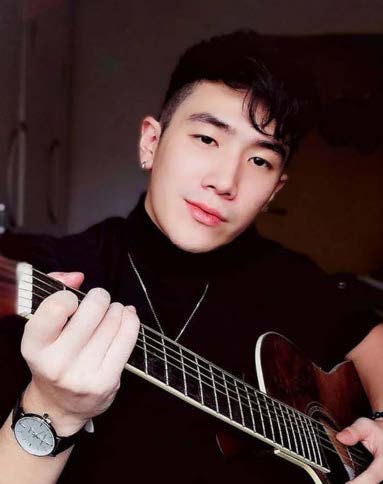 John Jr Chiang (Little John) is a Canadian born Chinese actor and musician currently based in Hong Kong. He has graduated from Savannah College of Arts and Design BFA (Graphic Design), majoring in Photography and Graphic Design. He was born into a family of actors. His father John Chiang Tai Wai (姜大衛) and mother Maggie Li (李琳琳) are both famous actors. He started a career in the performing arts at the age of 22. He participated in the production of the movie such as "The legend of Anita Mui"《梅艷芳傳奇》, charity film "No Drugs II"《無毒 II》, TV production such as "Tattoo Taiping", variety show "Good Night Show II", MV production and advertising endorsement etc. On the other hand, he also actively participates in music production including composing, lyric writing, singing, and rapping. He loves sports, dancing and cooking. He strives to pursue his dream of being an all-round artist.