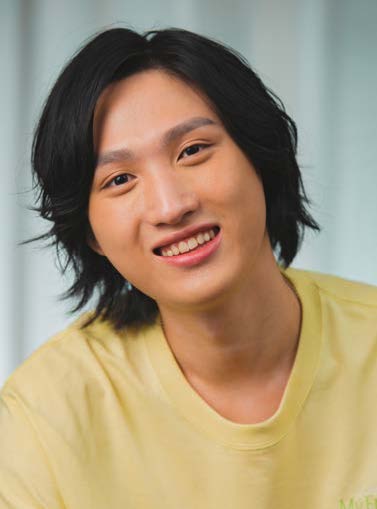 I fell in love with acting ever since I went to see Hamlet when I was 9 years old. You might wonder can a nine year old truly understand the intricacy of Hamlet and Shakespare? Well…... no. I can’t. But it still amazes me how the curtain can separate two worlds while it is closed and when it opens two realities can exist simultaneously. While I was watching it my disbelief was easily suspended. That also planted a seed of curiosity in my heart. I want to know more about this art form that can turn empty spaces into a world of its own. That’s what sent me on the path of acting. I went to study abroad when I was in high school and started acting there. The process was not as easy as I would like it to be. First, English is not my first language and I was also diagnosed with dyslexia and ADHD. That means I have to spend double or triple the time on reading. Reading is kind of a big part of acting and dyslexia and ADHD are not curable, there is no way around it except putting in the time. But the good news is unlike math, acting doesn't require you to show the process, people just need to see the result. Which means I can afford to spend that time. So I went on and got a BA degree in Acting, and after I graduated I came back to Hong Kong in 2020.